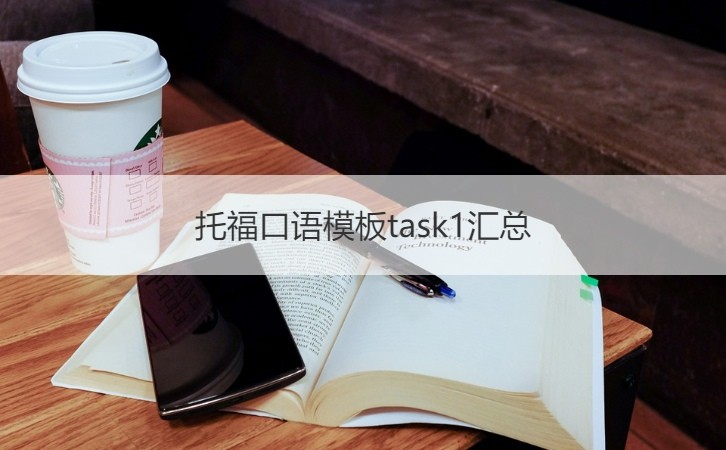 In my family, my mother has influenced me greatly because she has so many good qualities. She Is very well educated and keeps an open mind. Her thinking is very modern. She is able to understand people from different generations. In addition, she is a good listener. This makes her tolerant of other people’s opinions. Her personal values set a good example for me to follow in my own life. The way she treats people and thinks makes me want to become the best person I can be. And she helps me to keep a balance in my subjects and in my marks. She also tells me how to see the point of studying so many formulas and equations that seemed so abstract. This is why I think my mother has influenced me the most in my life。

My high school graduation is the most memorable event in my life because it was such a special day. During our graduation we were each called up one at a time to the stage. We each received our diploma and everyone applauded our hard work. I even received an award for being the best math student. There was a get-together afterwards which was attended by all my friends and family. I think study in the school that I have found some good ways to do useful things as well as have learning it. And the more I practiced in the school, the more confidence I gained. It was a memorable event because on this way I ended one part of my life and embarked on the beginning of my future.

When it comes to the most efficient transportation, I would to say it is the inter-city train. The reasons why I hold that are based on the following aspects. First of all, unlike automobile, inter-city train never costs too much oil so that it won’t cause heavy air pollution to the city. And if there is creasing air pollution, it will ease the severe global warming to some extent. Besides, it is faster than driving a car since there will be no traffic jam at all, with the time saved, we can have a nice breakfast an d even feel fresh after we arrive at our office every morning. And since there is no traffic jam, it will decrease the accidents and numbers of people’s dying from the car crash.

I like to watch the TV show Seinfeld because it is a funny show about ordinary people like my friends and me. None of the characters on the show are perfect people. Each one takes a turn getting into some trouble. Sometimes they help each other out while other times they just make each other feel silly for their mistakes. My friends and I try to see every detail. In fact, we often talk about the most interesting detail when we see each other. And watch the TV show Seinfeld that I have found some good ways as well as have fun watching it. I can really identify with the show because the characters are so similar to my friends.

The three bear restaurant is the wonderful place I would like to stay in the city. First of all, the food there is very delicious and nutritious. I like something pretty from appearance and tasty from inside. Second, the service there is very considerate, which means, the waiters and waitresses there very nice and patient. If I ask more than one question, he will not keep a cold face to me. Last, the atmosphere there is very comfortable. There has some light music and quiet because I usually want to have a nice conversation with my friends. And there are some abstract paintings are on the wall. This is why I think the three bear restaurant I would like to stay in the city.

The most difficult moment that I’ve ever had was when I prepared for the IBT. I could barely open my mouth; let alone, how to cover the whole test within the time limitation. My friend Tom saw me one day and he inspired me by saying that if could overcome the test, how could I survive in the States and make my dream come true. What is more, Tom suggested that I should make a well-organized plan to divide my goal into several little parts which are attractive and attainable. Day by day, I think study toefl that I have found some good ways to do useful things in the future as well as have fun learning it now. The more I practiced, the more confidence I gained.

My favorite is my living room. It’s rectangular with the door on the left side of the south wall. In the wall opposite the door is a picture window. Below the window is a closet. And in my closet I have clothes for many colors. Gradually I have added pieces to my collection of clothes but they all go together with each other. A rectangular coffee table is in front of closet. Facing the sofa are tow armchairs. An abstract painting is on the west wall. This bright and uncluttered room is my best place to hide from outside world to make more relax, think freely, and live comfortable.

brave - someone who isn't afraid of danger.

Example sentences:Mario is a coastguard. He is very brave. His job is to rescue people.

chatty - someone who talks a lot.

Example sentences:Maria is a very chatty person. She is always on the phone to friends.

Example sentences:Gerard is very clever. He always gets top marks in class.

cowardly - (mildly negative) someone who is afraid of things. (often described as "a bit of a coward")

Example sentences:Sylvia is a bit of a coward. She really hates going to the dentist!

easy-going - someone who is easy to get along with.

friendly - someone who is nice to other people.

Example sentences:The people in my office are really friendly! I love working there!

funny - used to describe someone who is amusing.

Example sentences:Salem is really funny! He's always entertaining us with jokes and stories.

generous - someone who shares their time or things with others.

Example sentences:My parents are very generous. They bought me a car for my birthday!

Example sentences:My boss is really grumpy. He isn't an easy person to get along with.

hard-working - someone who works very hard.

Example sentences:My brother is very hard-working. He hardly ever takes a day off.

honest - someone who is truthful and who doesn't cheat or steal.

Example sentences:Amina is a very honest. She always tells the truth.

kind - someone who behaves in a caring way towards other people.

Example sentences:Most of the people I've met here have been kind.

xample sentences:Pete is very lazy. He rarely gets out of bed before mid-afternoon.

loud - someone who talks really loudly.

Example sentences: Rosita is really loud! When she talks, she drowns everybody else out.

lucky - someone who often has good fortune.

Example sentences:Phillip is very mean. He never pays for his share of things.

moody - adjective used to describe someone who behaves differently every time you meet them.

nasty - a mean, unpleasant person. (the opposite of nice)

neat - a person who is very tidy.

nervous - someone who is easily startled by things.

Example sentences:Anna is a very nervous person. She gets scared easily.

nice - someone who is friendly and kind. (the opposite of nasty)

Example sentences:My best friend Lin is a really nice person. She is always there for me.

polite - someone who has good manners.

Example sentences:Abdullah is a very polite boy. He always says please and thank you.

popular - somebody who is liked by many people.

Example sentences:My cousin Ali is very popular. He has a lot of friends.

quiet - used to describe someone who doesn't talk very much.

Example sentences:Helen is a quiet person. She isn't very talkative.

Example sentences:James is a very rude person. He always pushes in front of people in queues.

selfish - used to describe someone who only thinks about themselves.

Example sentences:Jeremy is very selfish. He never helps out with the housework.

serious - someone who is always very sensible (the opposite of silly).

Example sentences:Eric is very serious person. He never joins in when we play silly games.

shy - quiet and a little bit nervous around other people.

Example sentences:Claire is very shy. She doesn't speak much in class.

silly - someone who is a bit foolish, or who doesn't behave in a serious way.

Example sentences:Gina is a bit silly. She messes about in class when she should be working.

stupid - (very negative and very impolite - sometimes used as an insult) someone who is not clever.Be careful when using this word! Using neutral adjectives to describe people is much safer.

tidy - someone who is very neat and well organized.

unlucky - someone who often suffers from bad fortune.

Example sentences:Sabrina is very unlucky. Things always seem to go wrong for her.

untidy - someone who is very messy.

Example sentences:I'm a very messy person. I always forget to put things away!vain - (negative) someone who is a bit too fond of their looks.

Example sentences:Paulina is really vain. She spends far too much time looking in the mirror!

wise - someone with a lot of common sense and knowledge.

Example sentences:My grandfather was a very wise man. He taught me many things.

Talk about an interesting book you have read. Explain why you thought the book was interesting. Give specific details and examples to explain your answer.

点题：The interesting book i have read is...

First of all, the plot is amazing. It gives me a chance to escape my life which can be stressful sometimes. The lovey-lovey story really comfort me,which could totally help to release me from heavy study loads.(简单叙述，指出其给我带来的好处：inspire me)

Second, I’ve learned a lot from Elizabeth, things like bravery. (进一步深化，影响我的第二个理由，脱离书中的情节，和feeling相关联)She is always full of courage no matter how hard his life is. And Darcy, is so brave to their love, that he would never give up on Elizabeth no matter how hard the situation gets. I wish I had a lover like him in my life who I can trust with my life.

Talk about a game, sport or other group activity that is played in your country.

Explain why you think the activity is enjoyable.

Badminton is one group activity that is played in my country. (给出主旨句)It’s enjoyable because people can relax and get exercise from playing it. (给出观点，说明原因)Almost every community in my country has a badminton court and every afternoon adults after work and children after school come to play together. (论述其受欢迎的程度和现状)Adults play to relax and to get rid of the tiring work in the morning, while some kids come to play for fun and exercise. Some kids enjoy contesting with the other players. Some enjoy chasing the direction of the ball.(进一步解释和举例子，从adults和children两个角度分析)