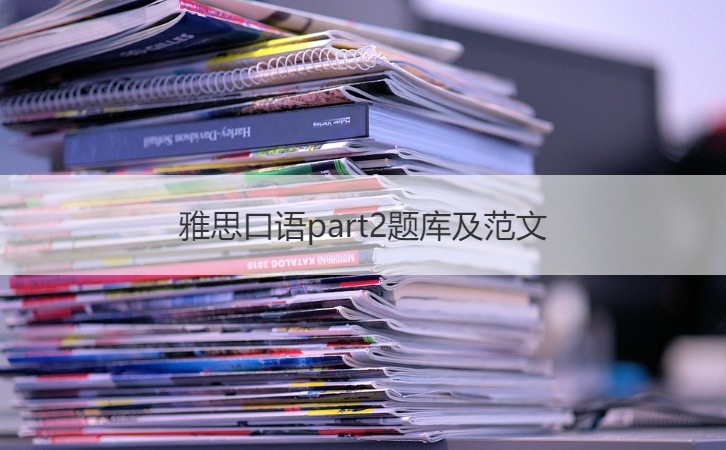 an activity you do to keep fit

Describe an activity (something) you do to keep fit(healthy)

when you started it

whether you enjoy it

swim up and down in lanes(在泳道里自由发挥)

concentrating on my own swimming stroke and technique (专注我自己的划水和游泳技术)

hit the water it clears my mind(—入水就能放松我的心情)

I'm going to describe a way that I do to keep fit, currently, which IS swimming. I used to swim a lot when I was younger, but I've recently taken it up again, and I go a couple of times a week now. I go swimming in a gym that I joined, which has a nice swimming pool. I tried going to my local public pool, but it was too busy and you couldn't really swim up and down in lanes there. So, I found a gym that has a pool, and it's usually quite empty, and I can have a lane to myself and swim up and down.

As I said, I do this hobby or activity alone. I don't go there with anyone; it's a solitary sport really, and I'm doing it for my own health reasons. Obviously, of course, there are other people in the pool when I'm there; sometimes you have to share a lane with another person or a couple of people. But, basically, I'm in there, focused, on my own, concentrating on my own swimming stroke and technique, and trying to improve my endurance and stamina as well.

And the reason I think this is a healthy sport... well, I think it’s widely accepted that swimming is really healthy. It’s a good ,it’s great cardiovascular exercise, it's a low-impact sport, so you're not expected to get any injuries as you might do if you were running, where there's impact on the joints with swimming you don't have that. So I think it's really good for the body, but it's also good for the mind. When I get into the swimming pool, as soon as I hit the water it clears my mind, I'm focused only on one thing, which is my stroke, my technique, the breathing - it makes you think about your breathing as well, which IS good. And I think it rejuvenates and reinvigorates you to be in the water. It's a really relaxing experience.

Who you were with

And explain why you remember it well

When I was a freshman, I took a part-time job as a tutor to teach primary school students in their homes. Therefore, I took my first salary a month later. After receiving my salary, I went to the mall to select gifts for my parents. Although I couldn't afford anything expensive, I could express my gratitude within the limits of my ability(能力范围之内). I picked a shaver for my dad and a necklace for my mom. When I gave my gifts to them, they burst into smiles(绽放笑容). All of a sudden(一瞬间), I realized my parents' love even more. They didn't care what exactly the gifts were because they were happy even without opening the gifts. What mattered most was(最重要的是) my love and devotion to my parents. For me, what I got was even more. I realized the difficulty of making money and the happiness of spending money that I earned by myself. What's more, in the future, I would not spend my pocket money ruthlessly(乱花钱) because my parents earned every penny with their hard efforts. As I grew up, I would try to make money by myself and reduce my parents' burden. At the end of the day, we went out for dinner with great joy and happiness.

3.雅思口语part2题库范文：手机乐趣(you felt happy that you used your cellphone)

Who you were with

Why you felt happy by using your cellphone

get in touch with

When it comes to the experience, the most impressive memory in my mind was happening in last summer.

During the holiday, I stayed at home alone and I was so addicted into playing mobile phone, which sometimes can make me bored to death. One day, suddenly, I wanted to find a foreign pen pal on the Internet. It was a coincidence that it's the first time I knew the website called PenPal World. Then I used my phone to register an account by instinct. After that, I uploaded some personal information and my email address. Finishing, I started to browse others' home page in order to find more fascinating and excellent pals.

I was attracted by a Belarus boy's introduction and his smile looks like an angel, and I saw that he can speak fluent English, Russian and German. I was so amazed by that he also had gift in playing musical instruments.So I pressed the button and sent an email to him and asked him some questions about how to acquire more skills in a short time. It was so amazing that he replied me an hour later and he was so nice to answer all of my questions in a gentle way. I was touched by his behavior, I mean, I was a totally stranger to him. So it's just organically happening that we became pen pals.

2) A friend you admire, a good neighbor, a family member you admire, a person you helped, one of your own good personalities, a person who is a good leader, the oldest person you know, a student with high scores, someone you know who has a healthy lifestyle, a childhood friend, two people from the same family

3) An adventurous person, someone in the news you want to meet, a famous person, a successful person, a presenter you like.

4) A character from a childhood story

① He is quite into watching cartoons.

② (In fact, he began to watch cartoons at the age of two. )

③ As soon as he arrives home, he turns on the T V to watch cartoons. He doesn’t stop until his mum asks him to have a dinner. On average, he can watch cartoons at least one hour per day. Every weekend, he will surely watch cartoons for two hours if his parents are not at home. Also, he likes stickers of cartoon characters. He told me that his favorite stickers are happy sheep and big, big wolf.

① He is a modest guy, always very quite.

② He never shows off what he knows or what he is good at, which is quite opposite of me.

① She has got a quick temper. When she is happy, she smiles; when she is angry, she will let you know.

② She just can’t cover her real emotion. Pretense is the last thing she will do.

① He is an excellent singer who has released more than 10 albums and held hundreds of concerts.

② Many people like his songs, because his songs have pleasant melody and meaningful lyrics.

③ Along with that, he has written a lot of songs for other singers, including his ex-girlfriend, Jolin. 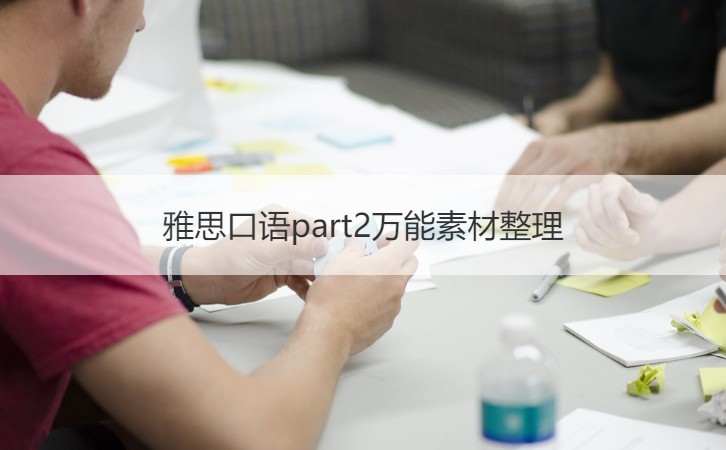 Today I am going to talk about collecting postcards—a hobby that is both fascinating and financially rewarding. I would like to explain the basic kinds of collectible postcards, why they are so valuable, and how collectors buy and sell their cards.

It’s Saturday morning,and you are helping clean out your grandmother’s house.After working a while,you stumble upon a trunk,open it,and discover hundreds of old postcards.Thinking about getting to your driving lesson on time, you start tossing the cards into the trash can.Congratulations!You have just thrown away a year’s tuition.

Traffic jams are more than a nuisance.They are a worldwide economic problem.In Guangzhou alone,they cost 12 million yuan each year.In major U.S.cities,they are responsible for more than 21 billion liters of wasted fuel and 68 billion dollars in lost productivity.Traffic jams will soon cost the British economy more than 20 billion pounds sterling a year.

As I speak today, there is a silent killer hiding near here.Who is this silent killer?Not a robber.Not a thief.Not a criminal. It is high blood pressure.