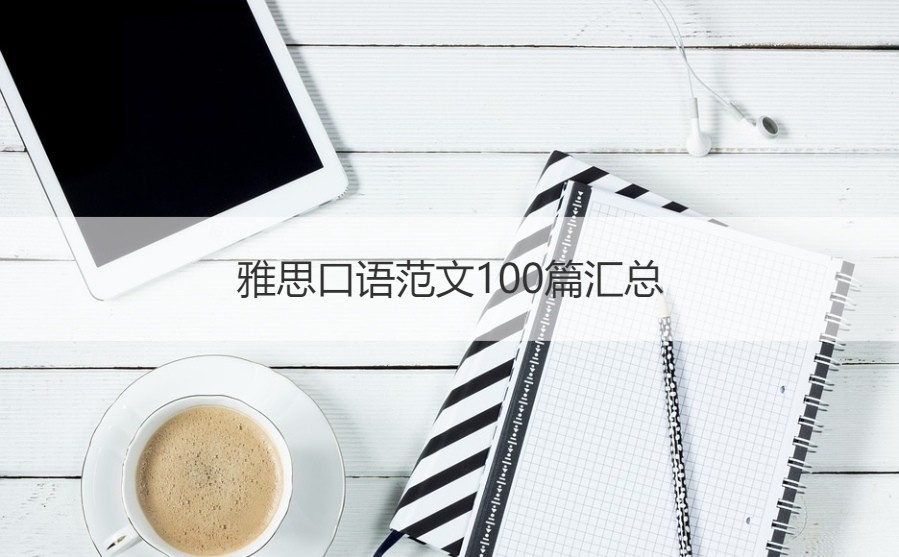 1.Describe a sport you are good at: Tennis

I would like to talk about tennis, which is my best love among all the popular sports. Tennis is popular all over the world, especially loved by teenagers. There is a comic book named, Prince of Tennis, illustrated by a Japanese artist. The spread of this book made tennis more popular.

The spirit of tennis is practice makes perfect, and we should never give up. When I was in sixth grade, I began to learn how to play tennis because I was a fan of the comic book. When I play tennis, I will devote myself to it. I have entered for many tennis competitions. I like winning so the procedure seems exciting. At that time, I was not good at sports. But after playing tennis, my PE grades became the best in my class.

Because of tennis, I learned that I should never give up when I face difficulties. I still have lots more to work on. Tennis is my favorite outdoor sport.

I recently watched a movie called Starstruck, which was a Disney movie, talking about how a famous pop star, Christopher, fell in love with an ordinary girl, Jessica. The movie was filmed in Los Angeles and was on in February 2010, not too old.

I chose it because of the ranking, but when I actually watched it, I realized that it was a teen’s movie. However, I didn’t regret watching it because I think I learned something from the movie. It is interesting because it sees celebrity life from another angle and tells us that we are blessed to be common people because there is more freedom for us to enjoy. In the film, it shows us how hard it might be when a person can’t make his own choices and decisions. At that point, material wealth will not matter to them because they can’t live their life the way they really want to.

It helped me to reflect on my own life. Now I see I should just enjoy my life because everyone has the right to enjoy his or her life no matter who he or she is.

3. A traditional story :Chang’e and Houyi

Chang'e is the Chinese goddess of the moon. The lunar exploration-orbiting spacecraft Chang'e 1 is named after her.

According to legend, Chang'e and her husband Houyi were immortals living in heaven. One day, the ten sons of the Jade Emperor transformed into ten suns, causing the earth to scorch. Having failed to order his sons to stop ruining the earth, the Jade Emperor summoned Houyi for help. Houyi, using his legendary archery skills, shot down nine of the sons, but spared one son to be the sun. The Jade Emperor was obviously not pleased with Houyi's solution to save the earth: nine of his sons were dead. As punishment, the Jade Emperor banished Houyi and Chang'e to live as mere mortals on earth.

Seeing that Chang'e felt extremely miserable over her loss of immortality, Houyi decided to journey on a long, perilous quest to find the pill of immortality so that the couple could be immortals again. At the end of his quest he met the Queen Mother of the West who agreed to give him the pill, but warned him that each person would only need half the pill tobecome immortal.

Houyi brought the pill home and stored it in a case. He warned Chang'e not to open the case and then left home for a while. Chang'e became too curious: she opened up the case and found the pill just as Houyi was returning home. She either accidentally or purposely swallowed the pill. She started to float into the sky because of the overdose. Chang'e kept on floating until she landed on the moon.

While she became lonely on the moon without her husband, she did have company，a jade rabbit.

I think the most interesting subject in my high school is geography. I have a dream to travel around the world since I was a child. At that time, I would always wonder where exactly some famous cities were on the map, such as London, New York, so I am really interested in geography.

I had a great geography teacher in my high school.

She was knowledgeable, hard-working and devoted to the students. I always felt very excited when I had geography classes because I couldn’t wait to learn more about the world. Besides that, I also liked reading atlas and other books about geography during my spare time. I would always have good marks/grades on geography throughout my high school years.

When I talk about geography with my classmates or even parents, I can always impress them with my knowledge. I still like geography and hope I can travel around the world in the future.

I often jog in the park near my home on sunny days. I can listen to music and breathe the fresh air while I jog so I can feel really relaxed. When I jog in the park, I can also see the green trees and beautiful flowers. I can feel close to the nature. It’s also a good time for me to think important things in life. I feel it’s an important part of my daily life. Sometimes, I would ask my friends or parents to join me. It’s also a good time to communicate with others. It’s a simple activity; you only need a pair of good sneakers. It’s also suitable for many people, from children to old people. They can enjoy this activity.

I think everybody should do some outdoor activities because it’s a great way to help us get close to the nature. It’s not only good for our physical fitness but also good for our mental health.

I want to describe a toy in my childhood. Actually, it was not a girly toy. It is a model car.

When I was a kid, I acted like a boy and I was very interested in car models and guns. But my mother didn’t know that and she bought many dolls for me. To tell you the truth, my father found that I liked model cars, so he bought me one as a little present.

It’s as big as a book and the color was very bright, it was red. I think the car was cool and I liked it very much. I would always take it out and study it. I figured out many functions of the car. I felt it was amazing that people could invent this tool for transportation.

Since it was the gift that my father gave me, I kept it very carefully. Even now, it still looks like a brand new car. I think it’s very meaningful for a kid to own something that they like.

I’d like to describe a skill I learned, which is to edit songs on computer by using the software, called cool edit.

I love singing, so a skill to edit songs is very practical and important for me. I first heard about it when I was eleven years old. When I was surfing the internet, a net friend told me about this software. I began to learn how to use at once by watching many online classes about it. Soon I can record my voice on the computer and after a lot of practice; I can edit many audio files perfectly. For example, I sang a song named “take me away”, after being edited, it sounds just like the original singer’s singing. It is amazing, because I can even change a girl’s voice into a boy’s voice.

I like to play with it in my spare time, so my skill has improved a lot. When I told my friends about it, all of them were really impressed.

I’d like to talk about a piece of advanced equipment in my home, an air conditioner. My parents bought it in a department store when I was sixteen years old to replace the old one.

I think it is interesting to use this equipment, just like magic. Because when we use it, it can change hot air to cold air. When we are cold, we also get warm by using it. I can’t imagine what our life will be if we don’t have it.

Of course we don’t use it all the time. Because when in spring or autumn, the weather is very comfortable, it isn’t necessary to use it. If we use it all the time, it is not environmental friendly. Also, it is not good for our health if we stay in an air-conditioned room for a long time. When I feel very hot or cold outside, I will miss my air conditioner.

9.A person who speaks a foreign language

I’d like to describe a foreign teacher of mine, Bob. He is tall and strong, with strong muscles. He is a typical American—confident and humorous. He is a very attractive man.

A lot of my classmates liked his class very much. I also chose his course in the second year of my university. At first, I didn’t feel there was anything special about him. Later, I found that he really had the ability to make his class interesting because he was so funny and good at telling jokes. He was also creative. He had so many new ways for us to practice our English.

After class, I like talking with him in both Chinese and English because he also learned some Chinese. Through communicating with him, I learned a lot about western culture.

I need to thank him. Because of him, I feel that English is actually a fun subject to learn. My interest in English grew and now I’m still interested in learning language.

This is big family is always very lively. I’m the only child, so sometimes I feel lonely. But in this family, you will always hear the laughter and everyone will be influenced by their cheerfulness. They always do some outdoor activities. For example, they would have picnic on weekends and go mountain climbing at the nearby places. They sometimes go far away places for long trips. I admire them because when I look at their pictures, I could see how happy they are.

Usually I think it’s a good thing to be the only child because I could have my parents’ full attention. However, sometimes, when I look at their family, I will feel it might be even better if I have brothers and sisters. 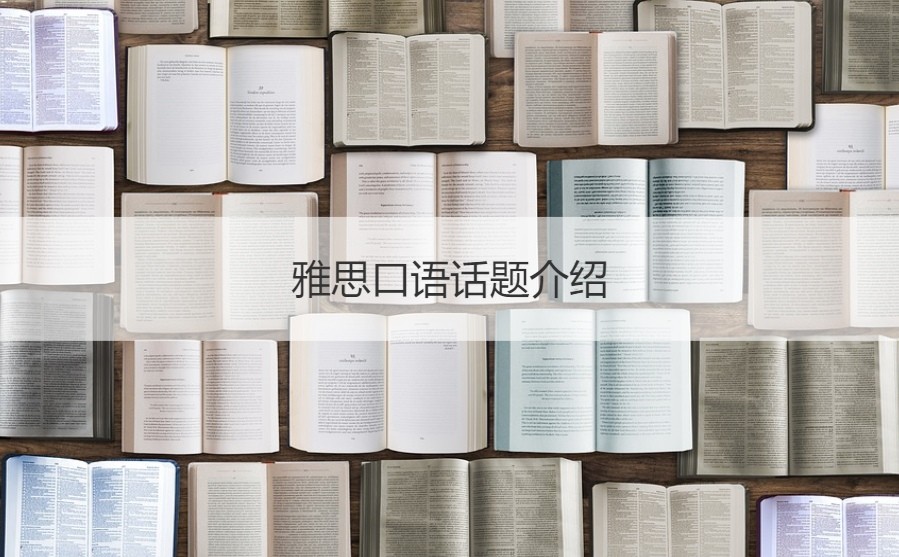